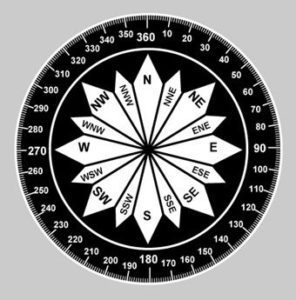 These tutorials teach you how to draw a township and range map for the state of Louisiana as used by land surveyors.

The tutorials are used in the Civil, Survey, and Mapping Dept. of the South Louisiana Community College as taught during the Spring Semesters.

-4.2- United States Outline Map – to be completed by students

There are 14 tutorials with video and audio showing how the files are used to create the completed MXD files as plotted to the pdf file.

The class policies and the academic calendar along with a copy of the the class role. The dates of the tests, holidays, and regular class periods are shown.

Access all of the GIS directories as described below, select the files you need and then download them.

Note that the format of most of the files are ESRI shape files, of which between 3 to 8 separate files compose a single GIS layer. If you require a layer, please download all of the files for that layer by highlight all of the files with the same name, but with different extensions.

All of the roads in shape files as differentiated into major federal and state roadways as well as interstates. The roadways are show for Louisiana and surrounding states as well as just Louisiana.

The populated place files are taken form the 2010 census files in the form of points and polygons.

The parishes are taken form the Louisiana Department of Transportation and Development (DOTD) as available in 2010.

The township maps are polygons showing there the Louisiana Public Land Survey System (PLSS) as used by the Federal Emergency Management Administration (FEMA) in 2002. There are towels ESRI layers: one with the geography, but not no labels and another with the geography and the labels showing township and section.

The township maps with only geography can be joined to the tables in this directory so that each township can be labeled.

Louisiana has two separate baselines (east to west) and meridians (north to south) to track the numbering of the townships and ranges. The Louisiana baseline and meridian intersects near Lone Pine, Louisiana in the Parish of  Evangeline, west of the Mississippi River.  The Saint Helena baseline is found in East Feliciana Parish near the town of Norwood, east of the Mississippi River.

There are four versions number form 1×0 to 4×0 that show variously levels of completion.

The waterway files are taken form the Louisiana Department of Transportation and Development (DOTD) polygon files of the Louisiana state waterbodies. This is an official layer indicating where Louisiana collects oil royalties from beneath these waterways.

The city or town limits of municipalities in the south Louisiana region known as Acadiana.

The pdf file is the completed maps showing the project map as formatted using the MXD file numbered 4×0 as described above.

Other files include examples used during class related to the classification and measurement of mapped data.

14_US Bureau of Census Roadway Maps

The Louisiana State roadway files developed in 2010 by the US Census Bureau to located residences.

The surveyor logo used on the Louisiana Township and Section Map

The US map of States and the Louisiana map of parishes are provided both in completed formats as well as incomplete formats for students.

The zip file has all of the files used in these tutorials.

The zip file has all of the files used in these tutorials.

The scanned instructor’s maps is an example of the class project to be completed by each student. The instructor’s map was hand colored showing the parishes, culture areas, parishes, and parish seats. Additionally, a high resolution scans of the same is placed in this directory for use and distribution of the students.

A map showing how to create a map of Lafayette Parish showing the location of NOAA benchmarks, which are monumented and in good order.

A zipped file that contains the 2010 census block for Acadiana (Lafayette and adjoining Parishes – Acadia, Vermilion, Iberia, St. Martin, and St. Landry). The census blocks have data including total population, race, gender/sex, hispanic descent, and housing units as well as cross classification of these variables such as black home ownership and persons per household.